As part of his effort to keep one of his main campaign promises to “look out for the American worker,” President Trump issued an executive order (“EO”) on April 18, 2017 which in part directs the relevant agencies that oversee the U.S. immigration system to come up with new, likely tougher regulations pertaining to all immigration programs, but specifically as to the oft-criticized H-1B program. Based on his stated commitment that he wants to ensure that the H-1B program is n 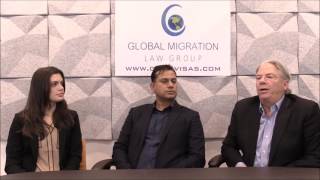